Emergency Medicine residency training, an MPH from Columbia University’s Mailman School of Public Health and years of practicing medicine in Africa prior to the fall of 2014 prepared long-time Wilderness Medical Society (WMS) member Dr. Craig Spencer, to be part of the international emergency response to the Ebola outbreak in 2014. While we watched the epidemic unfold from the US last year, Dr. Spencer was among a handful of American physicians on the ground in West Africa, working long grueling days in the stifling heat, trying to contain the deadliest Ebola outbreak to date. None of his experience, clinical or other, could really have prepared him to receive his own diagnosis of Ebola shortly after returning home to New York City. We reported the story at the time in Wilderness Medicine Magazine .

Ebola carries a 70% mortality rate in West Africa. It’s difficult to imagine the silver lining in receiving such a diagnosis. In Dr. Spencer’s case, that silver lining had much to do with being asymptomatic until well after he was on the ground in the US. What that meant was:

Over the course of 19 days spent in isolation at Bellevue Hospital, initially unsure whether he would survive, there was a lot of time to think. It quickly became international news that Craig was officially diagnosed with Ebola. Ill in the ICU, Craig received countless notes and gifts from friends, family and perfect strangers. Some prayed for him. Some literally sent him written checks to help fight the epidemic (all money was returned and the physical paper that notes and checks were written on, literally incinerated because they were opened in his isolated hospital room). Others sent their gratitude for the work that he had done. Others sent judgmental notes, expressing their opinions about quarantine for returned healthcare workers from West Africa. 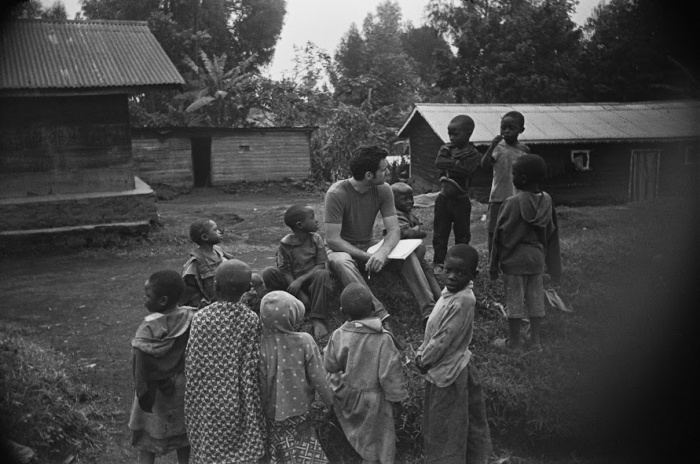 Dr. Craig Spencer hanging out in the Congo, Summer 2014

By the end of October going into early November of 2014, Craig was still in intensive care, however the worst of the illness was over. It was clear with the exceptional care of the ICU staff at Bellevue that Craig would survive. He began to contemplate all of the reactions to Ebola – both his illness and the epidemic. There was an oddly variable response from internationally recognized Public Health sectors resulting in not enough work force on the ground to contain the disease. With the ongoing Ebola outbreak and Craig’s immunity now through the roof, it soon became clear that he would return to West Africa to continue both clinical and epidemiological work to contain the relentless virus. By February he was back on the ground in Guinea. Partly because the politics and policies for health workers responding to the Ebola crisis had not changed, and to facilitate Craig’s travel to and return from West Africa earlier this year, the US Centers for Disease Control and Prevention wrote a letter confirming Craig’s immunity and exemption from these same restrictions that in some cases hindered entire organizations from responding to the outbreak.

Last week New York Magazine gave readers a zoom lens into Craig Spencer’s world when he and his fiancee suddenly entered the international spotlight in the fall. This summer, from the perspective of his intimate involvement with Ebola as a healthcare provider on the ground, as a patient, as a returned healthcare worker in the center of a media frenzy while returning to his day job in the ED in NYC, and as an expert from the Global Health sector, Dr. Craig Spencer addresses WMS members in person, sharing his personal insights at the Wilderness Medical Society’s annual summer meeting in Breckenridge on the evening of July 14. (Open Registration to all interested)

Calmer Times at Everest Base Camp