Part 3 of There Are Signs Everywhere

As luck would have it, just after Jim taught me how to get the histogram on my camera display, the Rebel T2i battery ran out, so most pics from day one were iPhone specials. They were pretty special. 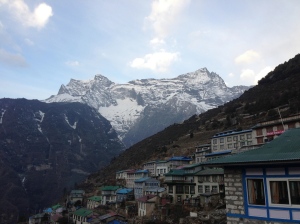 The day before was a rest day. We hit the Sherpa museum, got some great views of Himalayan peaks (not Mt. Everest), and we found the Nepal version of the perfect setting to sing “The Hills are Alive,” (with the sound of music, you all know I was in heaven). Instead we did cartwheels, had handstand contests, constructed a pyramid, and happened upon an ill trekker with 36 hrs of Traveler’s Diarrhea (TD) whom Suzi sorted out a bit. We used his case a a jumping off point to have our talk about TD, to be continued. 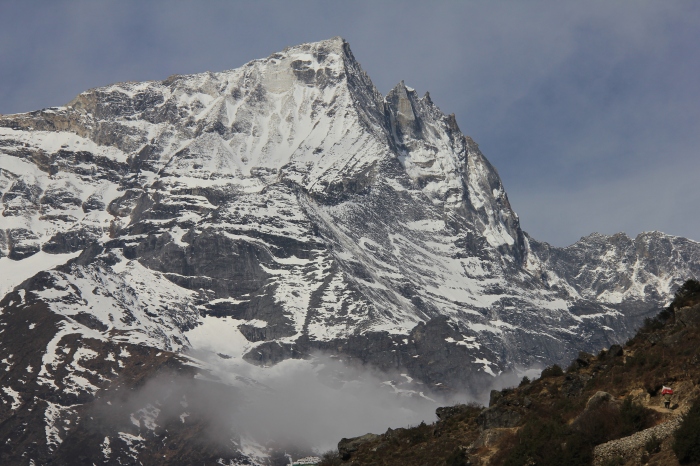 Cartwheeling in the Khumbu 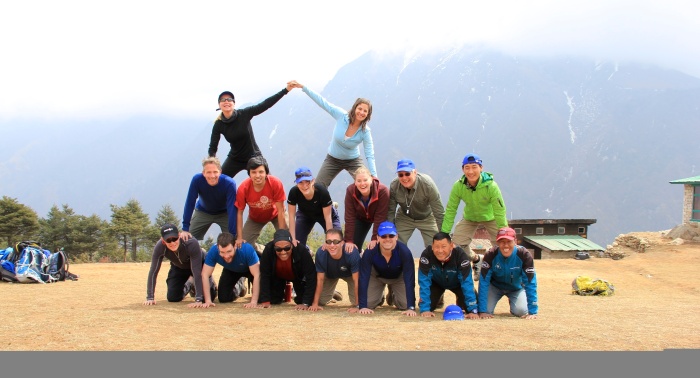 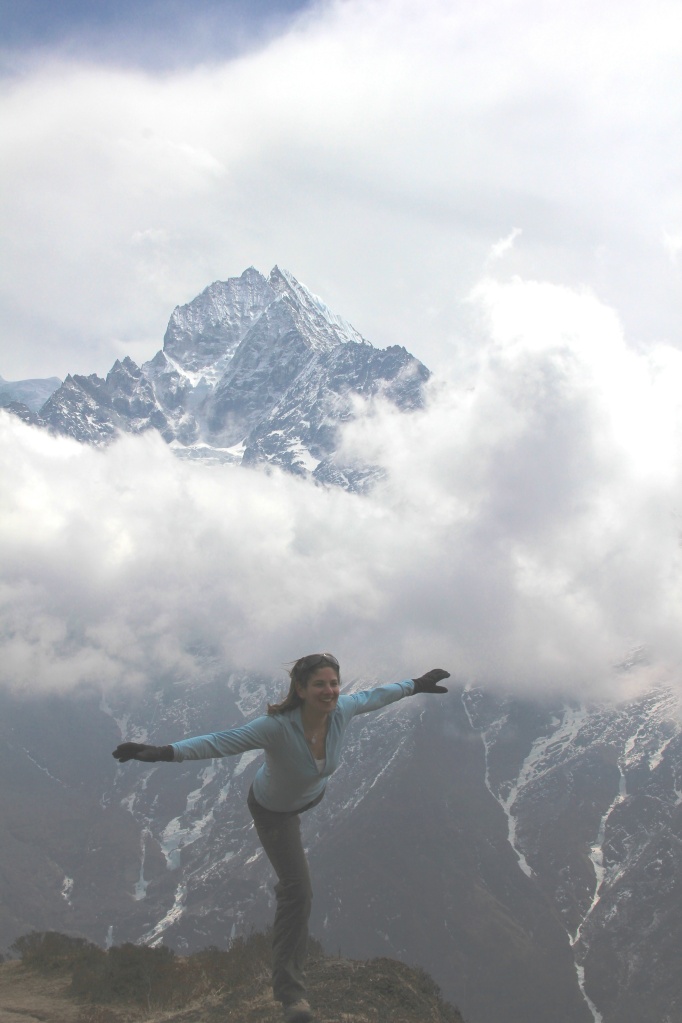 The Everest ER docs chatted up the Extreme Everest team of docs. They trek here to perform live high altitude clinical research, with tents full of equipment to push trekkers to their VO2 max, to see why some people have a higher VO2 max than others and why some people acclimatize better than others. They are the ones who published the ABG study from the base of the Hillary step in the NEJM (femoral sticks and rectal temps)! We did some obligatory tourist shopping and bargaining (not my forte).

Hiking back down into Namche Bazar

On Kirsty Watson’s suggestion, we hit the bakery where we pigged out on apple everything (crisp, crumble and pie), chocolate cake, and cappuccino. We used that ideal setting to do our HAPE talk, showing pictures of awake research subjects getting bronchoscopes for the sake of altitude science.

Later in the evening we received a VERY LONG DISTANCE PHONE CALL. Suzi Mackenzie, Kirsty Watson, Pranav and I had a great time chatting with Dr. Chris McStay on Sirius XM Doctor Radio in NYC; it was the longest distance call-in to the show on record!

Acclimatization was the word. Namaste & hugs